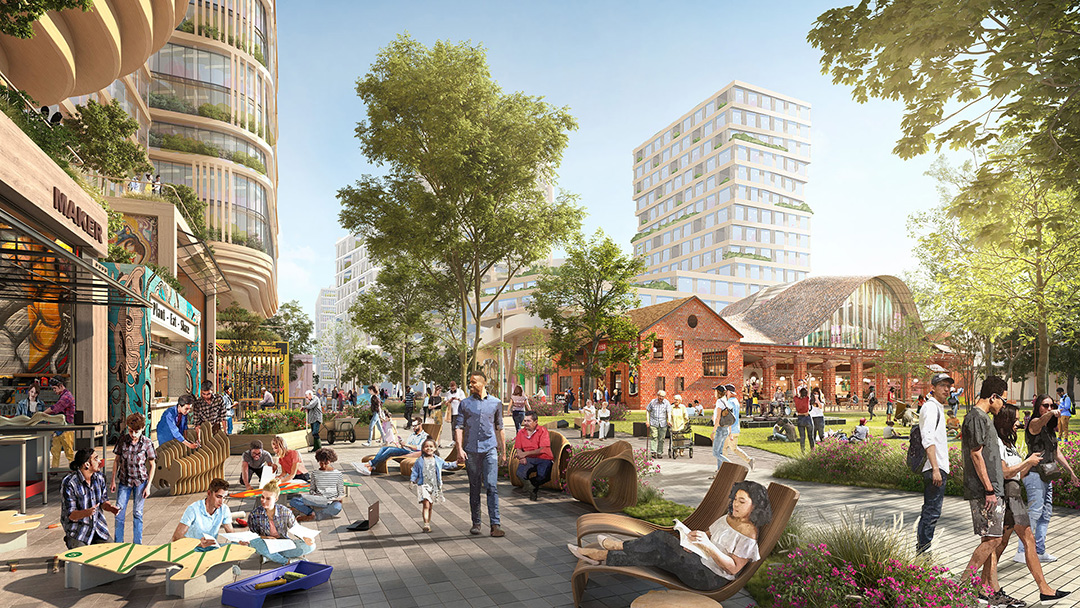 This week marked a milestone in the Google San Jose Downtown West project, when it received unanimous City Council Approval.

For its Downtown West project, Google will develop 80 acres of land in downtown San Jose, including up to 7.3 million square feet of office space for 20,000 workers and thousands of housing units. The Downtown West campus will also include 4,000 housing units, (1,000 of which will be designated for a range of affordable housing), 300 hotel rooms, and 800 residences for short-term lodging for Google’s corporate guests.

Red Leaf is proud to support the project in creating key project visualizations, while working alongside a world-leading architecture and planning team. The project highlights Red Leaf’s capabilities as visualization experts, in which our role includes leading ideation of the design content of the visuals as much as delivering final product.

For more on this news story: